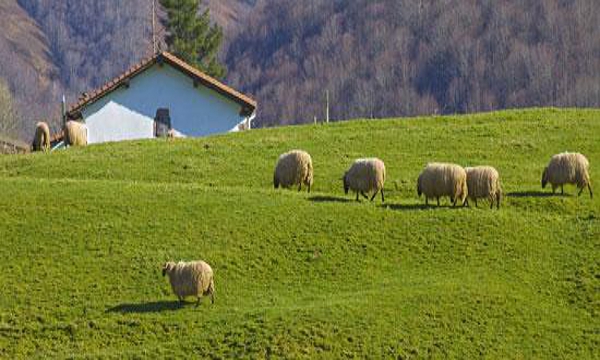 Approximately 38% of the EU budget (equivalent to 0.4% of the Union’s GDP) is spent on agriculture and rural development mainly through the Common Agricultural Policy (CAP) (EU agriculture spending report, 2015). Furthermore, in the EU, the agricultural area covers slightly less than half of the territory; therefore CAP is a policy that can have a major impact on the environment. In the province of Navarra (North-East of Spain), the Agriculture sector makes a significant contribution to the region´s economy.  Given the huge difference in the distribution of these subsidies across the sector, it would be interesting to assess whether a similar type of difference is evident in the environmental health of the farming practices they follow.

This project explores the relations between the amount of subsidies granted to the Agriculture sector of the Spanish province of Navarra during 2015 and the beneficiaries’ environmental practices, as evidenced by the region’s environmental datasets available at the Navarra’s government website.

The analysis has demonstrated the existence of relations amongst the environmental, agriculture and economic indicators covered, particularly between levels of risk erosion, crop yield and CAP subsidies.

Overall, subsidies in the region of Navarra seem to be working, as the relation between the environmental indicators covered and the subsidies seem to follow expected trends, i.e. those perceiving higher subsidies are:

The results are encouraging but there was missing information, such as the consumption of fertilisers in the region, which ought to be incorporated to the study because the results currently generated require further processing to be more reliable.

Another opportunity for improvement would be by working directly with the records available in the SIGPAC system, the GIS managed by the Spanish government. As it holds the records of all the farms supported by CAP funds, it would enable more accurate computations. Currently this data is only available to view which makes it difficult to include in external workflows.

The records of all the Navarra CAP beneficiaries were downloaded from the “Spanish Agrarian Funding Guarantor” (FEGA is the Spanish acronym).

The environmental indicators included in the study are:

The agriculture indicators covered are: 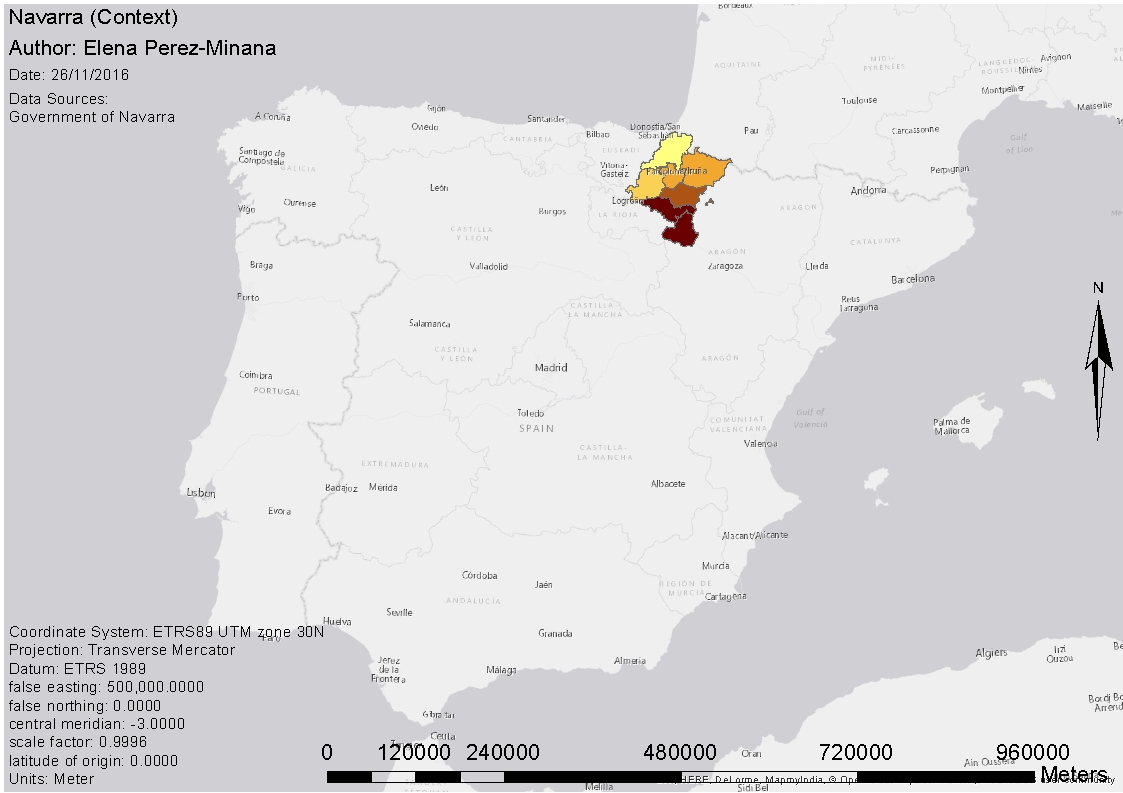 As there is a reasonable mixture of both, geographic and socio-economic data, the analysis was performed in three phases, using both ArcGIS and Excel. Furthermore, as most of the input layers use the GCS “ETRS89 / UTM zone 30N”, all the processing was done using this coordinate system.

Initially, numeric data was extracted from the geographic datasets using ArcGIS tools: attribute table operators (for shapefiles) and Zonal statistics (for raster files). This output was then integrated with the economic data in Excel and an initial set of conclusions were drawn regarding the relations between environmental indicators, agricultural and economic factors for the different agricultural regions in Navarra (Tables 1,2).

The results estimated in this first step are summarised in Table 2. For each Environmental factor considered (column 1), the worst behaved (column 2) and best behaved regions (column 1) have been identified.  The results suggest that the behaviour varies across the regions. It also indicates that overall farming practices in region III seem to be the ones requiring the most improvement. On the other hand, the CAP beneficiaries in region II seem to be the most environmentally inclined.

Regions I, V, VII are not registered at all which although is good from the perspective of “worst performance”, also seems to suggest the need for further improvement.

In order to perform the spatial analysis (main aim of the study)), it was necessary to update the records in ArcGIS, adding the subsidies data in Excel to the data stored as geographic datasets.

The best set of environmental and agricultural indicators to model CAP subsidies in Navarra, that were identified using the Exploratory Regression tool are:

The OLS model estimated by the tool is shown in Table 3. The results show they are all significant. Nevertheless, of the model indicators there are two (Koenker (BP) statistic, Jarque-Bera Statistic) which are statistically significant (p < 0.01) showing it is likely the relationships modelled are not consistent and there is evidence of model bias.

Common sources of model bias include: non-linear relationships, data outliers. The OLS scatter plot matrix (Figure 1) shows evidence of both in the model developed. The analysis has demonstrated the model is probably missing key explanatory variables. It has also indicated the existence of relations amongst all the indicators covered, particularly between level of risk erosion, crop yield and CAP subsidies.

Overall CAP subsidies, at least in the region of Navarra, seem to be working, as the relation between each of the indicators covered and the subsidies are following expected trends, i.e. those perceiving higher subsidies are:

The only concern is associated to the management of NVZ as the current results appear to indicate higher subsidies linked to higher levels of vulnerability, but as there is no information regarding the use of fertilizers in the region, it is currently difficult to assert anything further with regards to this finding.

The Navarra local authorities do include a wealth of information which was very useful for the purposes of this  study. It was not possible to include an estimate of the GHG emissions because the information on livestock was not sufficiently detailed, nor was the energy consumption or the use of fertilizers. The distribution and vulnerability of NVZ across the regions was used instead. A first step to improve the analysis would be to obtain  more appropriate livestock and use of fertilizers, and attempt to include a first GHGe estimate for each region.

The results seem to suggest that the highest beneficiaries from CAP subsidies might not follow the expected environmental practices, but the level of analysis used is insufficient to be sufficiently confident in the reliability of the output.

8 thoughts on “EU-CAP effect on the Navarra environment”